The purpose of the EB-5 program is to create jobs in the United States and to promote the immigration of foreign nationals who seek to invest their capital into the U.S. economy.

The United States Congress established the EB-5 Program in 1990 as a means to create new jobs for U.S. workers and to bring new foreign investment capital into the country. In the EB-5 Program, immigrants who invest their capital in job-creating businesses and projects in the United States receive “conditional” permanent resident status (Green Card) in the United States for a two-year period. After two years, if the immigrants have satisfied the conditions of the EB-5 Program and other criteria of eligibility, the conditions are removed and the immigrants become “unconditional” lawful permanent residents of the United States. Congress created the two-year conditional status period to ensure compliance with the statutory and regulatory requirements, and to ensure that the infusion of investment capital is sustained and the U.S. jobs are created. In 1992, to facilitate the EB-5 Program, Congress created the Immigrant Investor Program, also known as the Regional Center program. Through the Regional Center Program, EB-5 visas are set aside for participants who invest in commercial enterprises associated with regional centers who have been approved by the USCIS. Through investing in an EB-5 project sponsored by a designated regional center, foreign investors can secure permanent residency in the United States. All EB-5 investments are required to create jobs – 10 direct and indirect jobs per $500,000 invested if such investment is in a Targeted Employment Area (TEA) or 10 jobs per $1,000,000 invested if not in a TEA. For more information about EB-5 program, please visit www.uscis.gov. 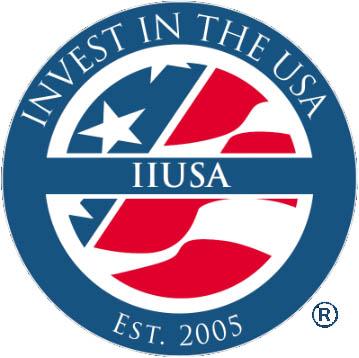 The investor receives the comprehensive offering materials for review. Investor completes due diligence.

Return investment funds to client as per PPM

If not in the United States

Enter the United States within 6 months from visa issuance

If in the United States

File I-829 Petition to remove conditions on residence

Please call our office for the most updated EB-5 processing time.